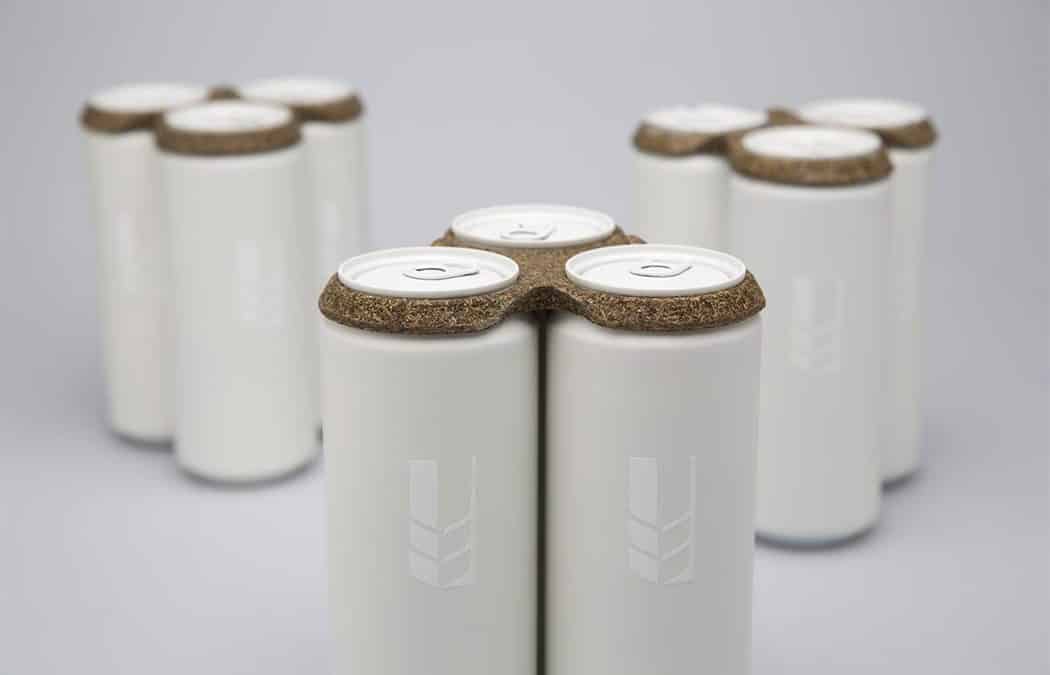 Despite an onslaught of disingenuous marketing by most packaging manufacturers, a technique environmentalists refer to as greenwashing, consumers these days are increasingly more aware that “eco-friendly” claims or “100% recyclable” promises are mostly spin. They’re nice theories, but they don’t actually hold up in the real wold. The same holds true for most compostable products, especially bioplastics. In fact, landfills and incinerators are inundated with single-use items that have the familiar chasing arrows symbol or other misleading claims stamped on them. And that’s just what makes it into trash cans and recycling bins. All too often, packaging is littered or is unintentionally leaked into the environment where it poses harm to wildlife or degrades soil.

But what if there was a better way? With that sentiment in mind, here’s a list of the most innovative packaging designs that are either in development or on the market today. Most aren’t being used on a wide-scale just yet, but there’s reason to be optimistic.

The Fit Pack utilizes a design that allows up to 10 beer cans to stack on and screw into one another. If successful it could eliminate the need for plastic, cardboard or any other kind of packaging – we’re talking genuine zero waste. Unlike most solutions, this one has the potential to be fully adopted across the beverage industry because it doesn’t require the use of any materials. Additionally, as part of its vow to protect beaches from plastic, Corona says the Fit Pack blueprints will be open source and available to the entire industry. They ran a consumer pilot study of the new cans in Mexico back in 2019, but very little has been shared about its results, or about the brand’s future plans for Fit packs.

Late last year European beer giant Carlsberg announced it would phase in new Snap Packs, which use a small speck of glue to hold cans together. The cans are then carried by a thin, narrow handle of plastic film. The revolutionary new glue cuts plastic usage on multipacks by up to 76%. In 2019 the innovative design was rolled out to Denmark, Estonia, France, Germany, Latvia, Lithuania and the UK. Ultimately, Carlsberg estimates that Snap Pack could reduce its use of plastic packaging by more than 1,200 tonnes annually, the same amount of plastic used to produce 60 million plastic bags.

This naturally biodegradable and fully compostable packaging material is made from spent grains, the primary byproduct of brewing beer. The innovative “mabeerial” is compression molded, requires no chemical bonding agents, and is intended to be an environmentally conscious substitute for single-use rings and carriers that burden taxpayer-funded recycling programs or end up in landfills. At the end of its lifecycle, Trebodur can be composted into soil, even in a backyard compost pile or bin. According to an Instagram post earlier this year, the German design team is working on a 4-pack version.

A recent innovation that craft beverage companies around the globe are using to reduce their reliance on plastic is the 100% bio-based and compostable Eco Rings from E6PR (which stands for eco six-pack ring). First made popular by Salt Water Brewery in Florida, the truly biodegradable carriers are made from agricultural by-product (specifically, the unharvested portion of wheat stalks which are otherwise left in the field as waste). Eco Rings biodegrade naturally, are unlikely to cause harm to wildlife, and eventually become organic matter that can enrich rather than pollute the natural environment. The product is in the process of earning BPI certification, the gold standard for biodegradable products. A bit less pliable than plastic, they require a different application method than plastic snap-ons. A variety of applicators, including manual and automated machinery, are now available.

No Packaging at All

Don’t laugh, but for breweries selling beer out of their own taprooms it’s possible to do it without any packaging at all. California’s Pure Project Brewing requires consumers to bring their own reusable bags or portable coolers for takeaway purchases. This requires the brewery to sell loose cans (a wildly popular retail option among consumers), but the upside is zero packaging waste associated with on-site sales of their beer. Canada’s Henderson Brewing has even found a way to deliver its beer without any packaging, having successfully piloted home delivery to consumers in durable, reusable milk crates. It’s a widely used practice in Europe according to co-founder Steve Henderson, who has 1,500 crates in circulation between consumers and restaurants/bars and says it’s saved his brewery considerable money.

While phasing out the use of plastic carriers is the most sustainable choice, there are ways to at least limit their negative impact on the environment if breweries are willing to take extra measures. That’s what Black Flannel Brewing in Vermont decided to do. Their taproom has a collection box to gather carriers from consumers so they can reuse them as many times as possible before eventually sending broken ones to a special separate-stream recycling facility. The end result has been a little extra work to sort and sanitize the salvaged carriers, but the cost savings of not having to buy new ones more than pays for itself.

Admittedly, most of these innovations are difficult to scale up for larger, regional breweries. On the other hand, they have the luxury of being able to afford automated machinery for packaging multi-packs of 12 or more cans in highly recyclable wrap-around cardboard. Depending on how the cardboard itself is sourced (preferably 100% recycled material), it’s arguably a sustainable practice for those who can afford it.

Given the viable options, the scale of the plastic pollution crisis, and the growing consumer desire for sustainable practices, there’s really no excuse for breweries or other craft beverage producers to be packaging their product in single-use plastic. Environmentally conscious consumers should hold brands accountable by putting their money where their beer drinking mouths are.

Related: Most Plastic Packaging Never Gets Recycled, But There Are Sustainable Alternatives for Craft Brewers