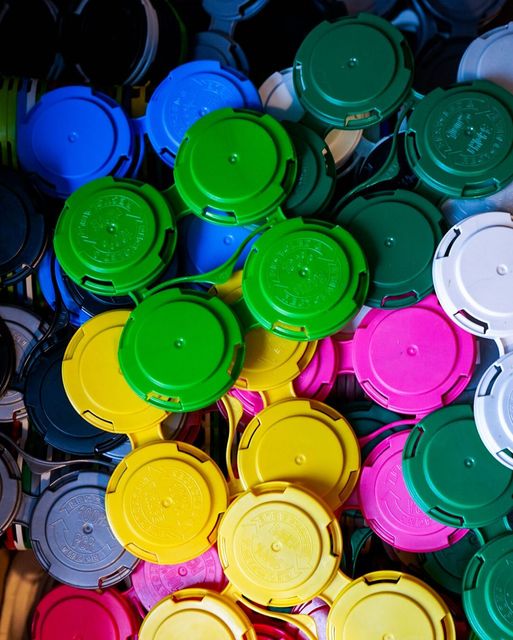 PR / Burlington, Vermont (January, 2022) – A pilot program intended to divert plastic packaging, prevalent in the craft beer and cider industries, from ending up in the waste stream has proven to be a success in Metro Burlington, Vermont. Coordinated by Reusable Solutions and Eco-Friendly Beer, sponsored by Casella Waste Systems, and run in collaboration with over a dozen breweries and cideries, the initiative has collected more than 10,000 carriers (sometimes called holders, handles or toppers) from environmentally-conscious consumers through a taproom and retailer take-back program launched in early November. Most of the collected packaging has already been cleaned and reused by a variety of breweries, with the rest to be utilized in coming weeks. When necessary, damaged or otherwise unusable carriers get recycled through a unique separate-stream collection opportunity offered by Casella to the pilot program participants.

The sustainability-focused process that creators Ben Kogan and Rob Vandenabeele have dubbed the “Reusiverse” has already resulted in some notable and measurable outcomes. Chief among them were a decrease in fuel use and its associated emissions from delivery vehicles that haul new carriers cross country from the manufacturer in Eugene, Oregon. Not only were 270 fewer pounds of freight required, but those breweries reusing rather than purchasing new carriers saved a combined $1,500 on packaging costs. A successful awareness campaign regarding the benefits of reusing the not-easily recyclable packaging rather than discarding it after just one use has also made a difference. Already, tens of thousands of consumers have been informed or reminded about the importance of the REDUCE, Reuse, recycle hierarchy through social media posts and articles published in traditional news outlets.

Among the pilot program’s notable highlights was the debut of an interactive can carrier collection map (already viewed more than 3,500 times) that enables consumers to find their nearest take-back location, and to learn more about what each business does with collected carriers: reuse them, donate them, or recycle them through the Casella program. In just the eight weeks since the initiative’s November launch, Black Flannel Brewing & Distilling in Essex has already gathered and reused more than 3,000 carriers to package its beer, half of which came by way of donations from Stowe Cider (too big to reuse themselves because of automated application machinery) and retailer Beverage Warehouse in Winooski.

“The Bevie” has also donated a portion of its 3,000-plus rescued carriers to Colchester’s Green Empire Brewing, where co-founder Evan Vacarr has embraced the idea of packaging his brand’s 4 and 6-packs with a rainbow of colors. He estimates that between The Bevie and Four Quarters Brewing (another collection location that donates to him), more than 300 cases have already been sold or distributed to retailers with cleaned and reused carriers on them.

Other pilot program participants that have cultivated successful collection efforts include Burlington’s Zero Gravity, which donated a full collection bin of 650 carriers for reuse to Lucy & Howe Brewing in Jericho, as well as neighboring Switchback and nearby Weird Window Brewing, both of which have reused hundreds themselves and donated hundreds more to others. Consumers can also drop off at Foam Brewers in Burlington, Goodwater Brewing in Williston, Stone Corral in Richmond, or any of the other verified take-back locations on the above map, some of which are outside of the Metro Burlington area.

Reusable Solutions and Eco-Friendly Beer hope to grow the number of Vermont Can Carrier Reuse & Recycle Initiative participants in coming months and are currently contemplating plans for expansion. They hope to secure continued sponsorship with Casella, are seeking additional collaborators or contributors, and are in discussions with the Vermont Brewers Association on how to eventually make the program accessible to as many breweries and retail outlets throughout the state as possible.

This press release should not be mistaken as an endorsement of plastic can carriers, which manufacturers disingenuously promote as “100% recyclable.” While true in theory, such marketing claims are anything but true in reality. Because they are incompatible with curbside recycling programs in the U.S., billions of plastic can carriers end up in the waste stream annually. This fact is the motivation for the Can Carrier Reuse & Recycling Initiative, which recognizes the unsustainable nature of plastic packaging within the beverage industry and is trying to mitigate the environmental harm caused by it.

The EcoFriendlyBeer.com website was founded in early 2020 to spur discussion and  share insights on how the craft brewing industry and its consumers can better protect  our Earth, the only planet with craft beer. Its founder is currently enrolled in the  Sustainability Studies program at Harvard Extension School and offers consulting for  the craft beverage industry.

Reusable Solutions is an outreach organization that focuses on eradicating single-use  plastic and fighting climate change. Its founder believes that innovative business and smart  environmental policy are the most effective means to transition from a linear to a circular economy. Part of this transition is connecting reusable and renewable businesses with consumers through a community-based, grassroots process.