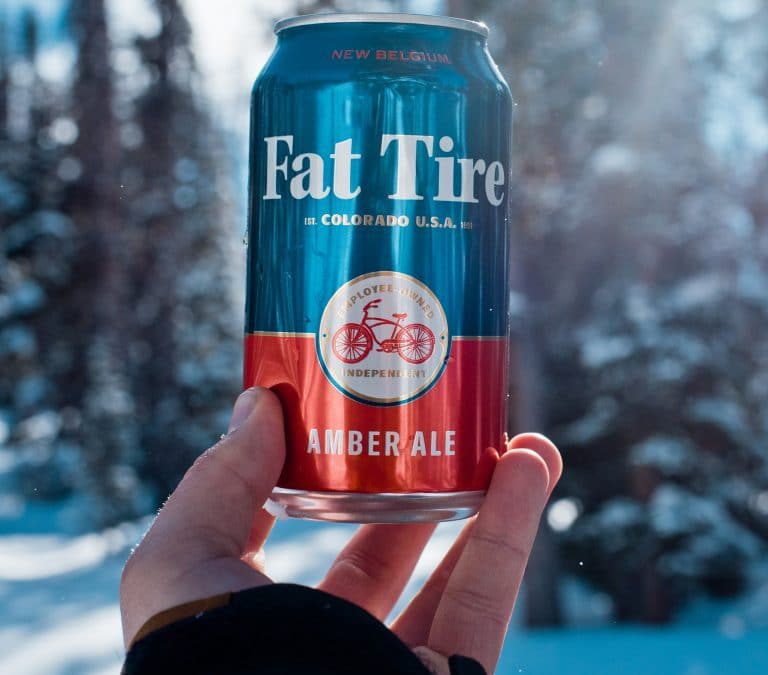 Carbon neutral certification for Fat Tire is another step forward in New Belgium’s larger corporate sustainability goal to become fully carbon neutral by 2030 across its entire operations, and points to the types of innovations and changes the company has been undertaking. For example, to minimize its carbon footprint, New Belgium has made a deep commitment to renewable energy, powering the brewery with wind power and producing electricity with solar and biogas technology. It also developed the first carbon footprint study for beer, and has donated millions of dollars to climate and environmental causes.

To drive home the urgency of addressing climate change to its customers and elected decisionmakers, New Belgium, in partnership with key like-minded retailers, raised the price for Fat Tire six-packs to $100 during International Beer Day. This dramatic, one-day climate action emphasized how disruptions to agriculture caused by climate change are likely to affect the price of beer and other agricultural goods unless concerted efforts to stabilize the climate are taken now.

“We call upon Congress to address the looming climate crisis as part of the country’s COVID-19 economic response plans,” said New Belgium Brewing CEO Steve Fechheimer. “SCS’ certification of Fat Tire under the PAS 2060 standard reinforces our alignment with businesses around the globe who are working to build a low carbon economy and ensure a sustainable future for all.”

“Given that beer is the number one alcoholic beverage of choice in the US, this certification and New Belgium’s International Beer Day initiative could be instrumental in helping to educate Americans about the importance of supporting strong climate action,” added Jonas.

Fat Tire Amber Ale was first introduced by New Belgium Brewing in 1991. The award-winning easy-drinking ale from Colorado instantly became a favorite of skiers, climbers and cyclists across small mountain towns before then establishing itself as one of America’s most popular beers. A member of 1% For The Planet, Fat Tire has embodied a commitment to social and environmental responsibility for nearly 30 years by implementing energy efficient brewing practices, advocating for public lands protection, and most recently becoming America’s first certified carbon neutral beer in July 2020.

New Belgium Brewing is recognized as a leader in sustainability and social responsibility. Founded in 1991 in Fort Collins, Colorado, the company expanded to Asheville, North Carolina in 2016 and Denver, Colorado in 2018, and is now the 4th largest craft brewery in the U.S. Dedicated to proving that business can be a force for good, New Belgium is a Certified B Corp and was the first brewery to join 1% For The Planet. The brewery has donated over $26 million to charitable causes since 1991. New Belgium is famous for its flagship beer, Fat Tire Amber Ale, along with year-round favorites like Voodoo Ranger IPA, Mural Agua Fresca Cerveza, and La Folie Sour Brown Ale, as well as an award-winning wood-aged sour program and innovative limited release beers. To learn more about the full product lineup and New Belgium’s Human Powered Business model, visit NewBelgium.com.

SCS Global Services is a global leader in third-party environmental and sustainability veri?cation, certi?cation, auditing, testing, and standards development. Its programs span a cross-section of industries, recognizing achievements in climate mitigation, green building, product manufacturing, food and agriculture, forestry, consumer products, and more. Headquartered in Emeryville, California, SCS has representatives and affiliate offices throughout the Americas, Asia/Pacific, Europe and Africa. Its broad network of auditors are experts in their fields, and the company is a trusted partner to companies, agencies and advocacy organizations due to its dedication to quality and professionalism. SCS is a chartered Bene?t Corporation, re?ecting its commitment to socially and environmentally responsible business practices. For more information, visit SCSglobalServices.com.