Cheers to These 10 Wind-Powered Breweries on Global Wind Day 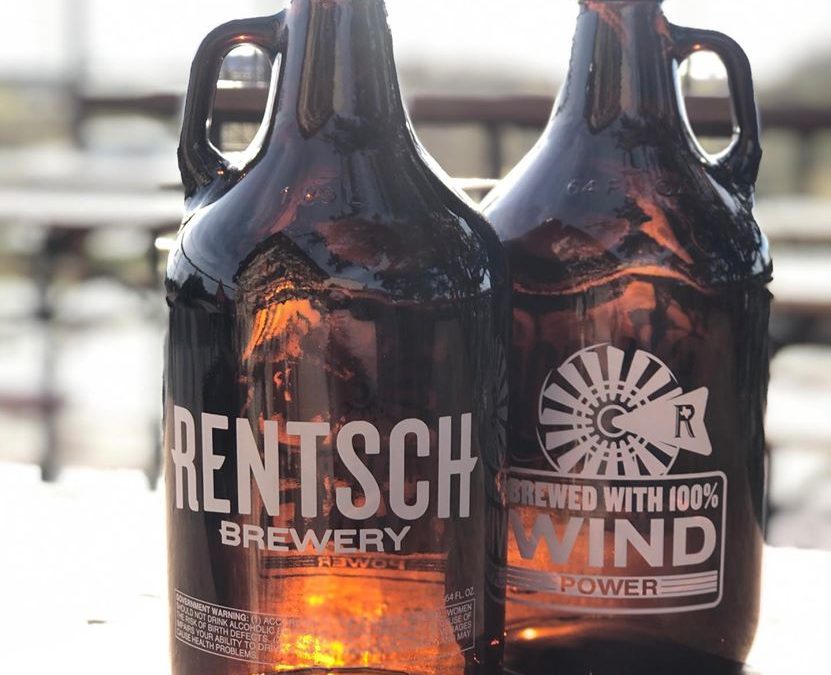 It may not be part of the German Purity Law known as the Reinhietzgebot, yet energy is a vital ingredient in beer. But “what do megajoules have to do with hectoliters? Everything, if you are considering the energy intensity of manufacturing beer,” explains Karen Crofton, who writes about industrial efficiency for Green Biz. Fortunately, as she found out, breweries are increasingly considering not just how much energy they use, but where it comes from. Good thing, because as Dr. Steve Bertman, Professor of Environmental Sustainability at Western Michigan University explained at last month’s Craft Brewers Conference, “the most important thing brewers can do to decrease their carbon footprint is switch to renewable energy.”

Beer makers worldwide have been giving the issue more consideration, including Budweiser, which attracted attention with a Super Bowl add in February claiming it was “brewed with wind power.” But as a follow up article later pointed out, that’s hardly the case when you read the fine print. A check of Budweiser’s website revealed that Bud gets just 11 percent of its energy from renewable sources such as wind turbines, solar panels, or biogas. According to that same reporter, the corporate beer giant currently relies on fossil fuels for the vast majority of the energy needs at its 12 U.S. breweries.

Luckily, dozens of other breweries aren’t just using “green” marketing spin to sell their beer, but are relying on renewables like wind energy to actually produce it. So on Global Wind Day, an annual worldwide event for exploring the power and possibilities of wind energy, here are several beer makers that are using it to brew greener beer.

Brewers of “wind-powered beer,” Rentsch Brewery in Georgetown Texas, has managed to fuel its rapid expansion while living up to one of its core values, environmental responsibility. By investing in an electric brewhouse they’ve been able to harness electricity generated from nearby wind and solar farms to supply 100% of their energy consumption. It’s part of an effort by the municipality of Georgetown (population 67,000), which in 2017 became the largest city in the U.S. to be powered entirely by renewable energy. Joining that effort made perfect sense for the family-run brewer and its focus on sustainable operations. “It’s important to us because we want to minimize our impact on the planet and on the environment,” said Chief Operating Officer Andrew Rentschler. “Renewable energy is really important to us and to our generation because I think consumers care how their products are made — what goes into making them.”

“It’s a clear sign to everyone that we’re environmentally conscious,” says RiverWalk Brewing founder Steve Sanderson when describing the 292-foot high, 600-kilowatt wind turbine that helps power his brewery in the seaside town of Newburyport, Massachusetts. In combination with the 500-kilowatt solar array on the roof the brewery, so much power is generated that the building’s owner sells some of it back to the grid. Sanderson says it was one of the big reasons that drew them to the new space when they decided to expand a few years ago. It’s just one of his brewery’s environmental initiatives, which he believes “are part of his responsibility to both the local community as well as the planet.”

According to its website, Outer Banks Brewing Station was the first wind-powered brewery in the U.S., with its 10-kilowatt turbine erected on Earth Day 2008, not far from where the Wright Brothers made history with their first flight in Kill Devil Hills, North Carolina. The 80-foot structure generates enough power to offset just 10% of the environmentally conscious brewpub’s overall energy use, but will prevent an estimated 1.2 tons of air pollution and 250 tons of greenhouse gases over its operating life. Now some 12 years old, the three-blade system, which resembles a small airplane, has more than paid for itself with a combination of utility bill savings and as a makeshift billboard that frequently attracts curious visitors.

In what Garage Project Brewery claims is the windiest city in the world, sits an even more imposing structure, Wellington New Zealand’s iconic Brooklyn Wind Turbine. The sustainably focused brewery isn’t directly plugged into it, but the electricity used in brewing its beer is matched on an annual basis with 100% renewable energy (wind, hydro, solar) generated from its owner, Meridian Energy. In September of last year Garage Project launched Turbine™ Pale Ale, to celebrate the partnership. “Understanding how electricity is generated allows consumers to consider its environmental impact,” said a brewery representative in a press release, “enabling them to make an active choice about which generator to partner with. [For us], it’s important to set an example and show how you can be in business and do your bit for sustainability too.”

Another notable wind power agreement that was announced late last year was that of Kompania Piwowarska, a Polish subsidiary of Japanese brewer Asahi, which signed a power purchase agreement (PPA) for renewable electricity to be used at its breweries in Poland. A 10-year agreement with German utility innogy, it requires the supplier to provide green power from its Nowy Staw onshore wind farm. Currently it supplies around 40% of the power needs for Tyskie Broway Książęce in Tychy, the Dojlidy Brewery in Białystok, and Lech Browary Wielkopolski in Poznań, but is expected to cover 100% starting in 2021 after a planned expansion. The move was part of the company’s sustainable development strategy, overhauled in 2018 to better reflect the UN’s sustainable development goals by focusing on water consumption, CO2 emissions, and recycling.

Two other well-known breweries with admirable sustainability records, including renewable wind energy, are Brooklyn Brewery, which switched all processes to wind energy in 1996 with assistance from Community Energy, and New Belgium Brewing, which in 1999 became the first brewery to power all the electrical needs of its business with wind power — using wind credits purchased through its local utility. In both cases, renewable energy certificates (RECs) were purchased from the grid to support development of new wind farms to further supply. An important way for environmentally conscious companies to credibly claim that they use green energy, RECs verify that that a brewery or other business is decreasing its carbon footprint – even if it can’t generate green energy itself or otherwise choose it as an option through its local utility. Supporters of the industry for the last two decades, early adopters like Brooklyn Brewery and New Belgium helped promote growth within the wind energy marketplace, making it easier for newer breweries to step up and do their part today.

Just such an example was the recent announcement by Scotland-based Brew Dog that three turbines will soon power its headquarters in Ellon. It’s the latest move in its bid to become more sustainable through an initiative it calls the BrewDog Tomorrow programme, which includes plans ditch plastic from all its packaging and us anaerobic digestion to recycle its own waste water. “The end goal,” says David McDowall, group chief operating officer, “is that we think we can set an example by becoming the most sustainable brewery on the planet.”

Know of a wind-powered brewery that wasn’t highlight in this story? Eco-frienly Beer Drinker would would like hear about it in the “submit a comment” section below.