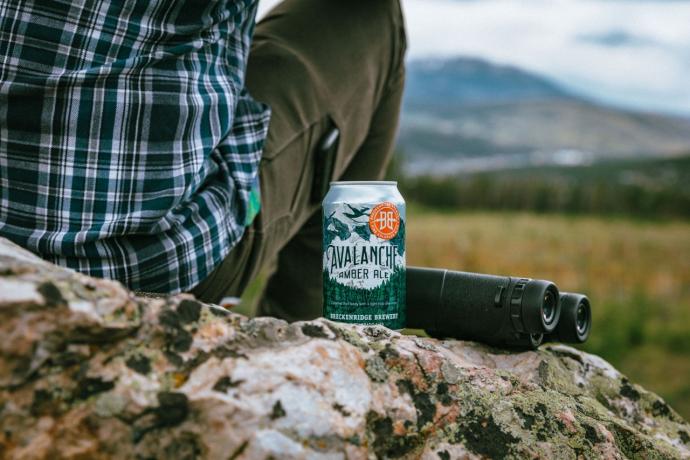 PR / LITTLETON, CO (April, 2020) – Kicking off during National Park Week (April 17-April 25), Breckenridge Brewery is announcing its new In Good CO. campaign, through which it will donate 1% of proceeds from all beer sold this summer to the National Parks Conservation Association (NPCA). For every beer fans buy, they can cheers knowing part of their purchase will go directly toward helping protect our parks. To encourage people to get outdoors and enjoy those parks, Breckenridge Brewery is launching 1% in a Tent, calling on people to spend at least 1% of their year – or 3.65 days – in a tent for a chance to win the tent upgrade of their dreams: a custom Escapod trailer.

Born in the heart of the Rocky Mountains, Breckenridge Brewery knows it’s more important than ever to take care of our open spaces. With Breckenridge Brewery, you’re always In Good CO., whether you’re summiting a 14er or relaxing with a beer in hand. This brand ethos inspired the new campaign, which seeks to highlight the importance of national parks and the authentic ways fans can get involved to support them.

“Last year’s devastating wildfires in the heart of Colorado made it even more pressing that we do what we can to maintain, protect and enhance the natural beauty of our parks for ourselves and for future generations,” said Todd Usry, President of Breckenridge Brewery. “Breckenridge Brewery has deep appreciation for the outdoors, and for the third year in a row, we’re thrilled to benefit the NPCA and their deeply important conservation work.”

The funds raised through In Good CO. will support NPCA’s efforts to help fight threats to our national park lands, air, water and wildlife, and ensure these iconic places are protected and preserved.

“From climate change to addressing overcrowding issues at parks like Rocky Mountain, together we’re working to protect parks from these threats so future generations can experience and be inspired by these places as we are today,” said Theresa Pierno, President and CEO for the National Parks Conservation Association. “Through this innovative partnership with Breckenridge, we’re connecting with new audiences that put the health of our environment and our parks at the forefront of which companies they support. That’s something we can all cheers to!”

Additionally, NPCA will host a virtual Park Talk on Monday, April 19th at 4pm ET titled, How a Shirt, Hotel Stay and Beer Can Protect Parks – RSVP here. Moderated by NPCA’s Mark Wenzler, Todd “Tebo” Thibault from Breckenridge Brewery will join representatives from Parks Project and Travelodge® by Wyndham to discuss the importance of corporate social responsibility, and their collective passion for national parks, and inspiring more people to join them and NPCA in protecting them.

Breckenridge Brewery opened its doors in 1990 in the ski town of Breckenridge, Colorado. What started as a small brewpub has grown into one of the largest breweries in the U.S. The original brewery still serves its craft beer and delicious pub fare at high altitude. The production brewery outside of Denver sends beer to 49 states and offers tours, dining and a welcoming Colorado beer garden experience. With a focus on balanced, approachable, and interesting beer, the brewery’s portfolio contains classics like Vanilla Porter, Avalanche Amber Ale, Agave Wheat, Strawberry Sky, and Hop Peak IPA, along with a variety of specialty beers that include seasonals, barrel-aged beers, the Brewery Lane Series, and a nitrogen-charged canned series. Visit www.breckbrew.com for more information.

Since 1919, the nonpartisan National Parks Conservation Association has been the leading voice in safeguarding our national parks. NPCA and its more than 1.6 million members and supporters work together to protect and preserve our nation’s most iconic and inspirational places for future generations. For more information, visit www.npca.org.