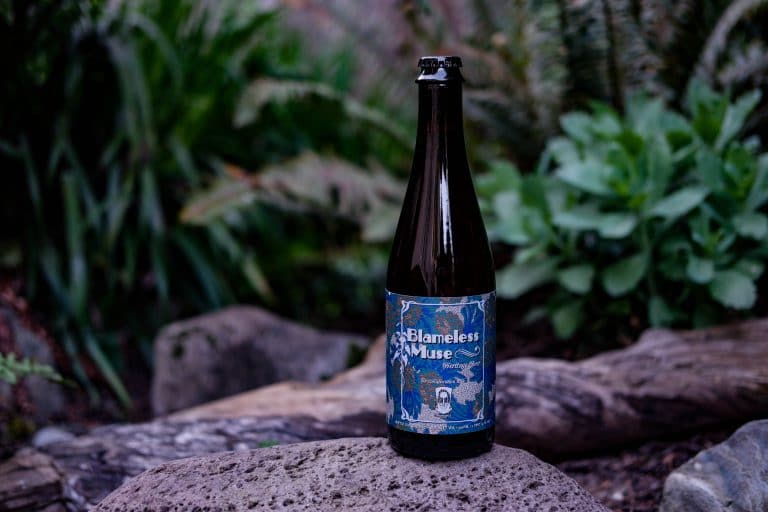 Named after a line in the William Wordsworth poem, Yarrow Revisited, Blameless Muse is a foraged farmhouse ale made in collaboration with Ordnance Brewing from Boardman, Oregon.

“We wanted to create a beer that showcases multiple ingredients that our wonderful and bountiful state has to offer,” said Sean Burke, head brewer, Von Ebert Glendoveer. “In conceptualizing Blameless Muse, we also sought to highlight areas of the state that we felt could offer foraged ingredients that would result in a beer that would be truly unique and place based.”

Related Story: 10 Breweries Were Every Day Seems Like Earth Day

Under-modified Gateway malt, inspired by the historic Belgian “wind-malts” that were air dried in the lofts of barns, was used to create Blameless Muse. It provides a burst of fresh-cut hay aroma. Shaniko, a malted white winter wheat, was used to give the beer a rich and creamy flavor. Both come from Mecca Grade Estate Malt in Madras, Oregon.

Ordnance Brewing contributed the yarrow, harvested from the farm its owners run, and also from outside its brewery doors in Boardman, Oregon. The yarrow was utilized to add a touch of bitterness and it also gives the beer some nice aromatics.

The grand fir boughs and ponderosa pine needles were foraged from the Blue Mountains in Eastern Oregon and were added in two stages: first in the sparge water and then later after the completion of the first fermentation in the stainless steel fermenter.

The beer was then bottle conditioned with Brettanomyces and held to condition over several months.

“We believe that this beer offers a land-based tasting experience, one that is deeply rooted in ecological beauty and is defined by the state and region where both breweries are located,” said Burke. “We hope this conveys who we are as craftspeople and the amazing place we call home.”

Blameless Muse will be available tomorrow at both Von Ebert locations – Glendoveer and the Pearl – for to-go or delivery orders.

Von Ebert Brewing sits at the crossroads where storied traditions meet bold new ideas in brewing. Independently owned and operated, Portland, OR, based Von Ebert produces award-winning beers in a variety of styles. In addition to modern IPAs and crisp lagers, the oak-aged, bottle-conditioned heritage beer program sets the brewery apart. All of the beers pair perfectly with the elevated American pub cuisine served at both brewpub locations. For more information, please visit www.vonebertbrewing.com.