How Some Massachusetts Breweries Are Decreasing Plastic Packaging Waste 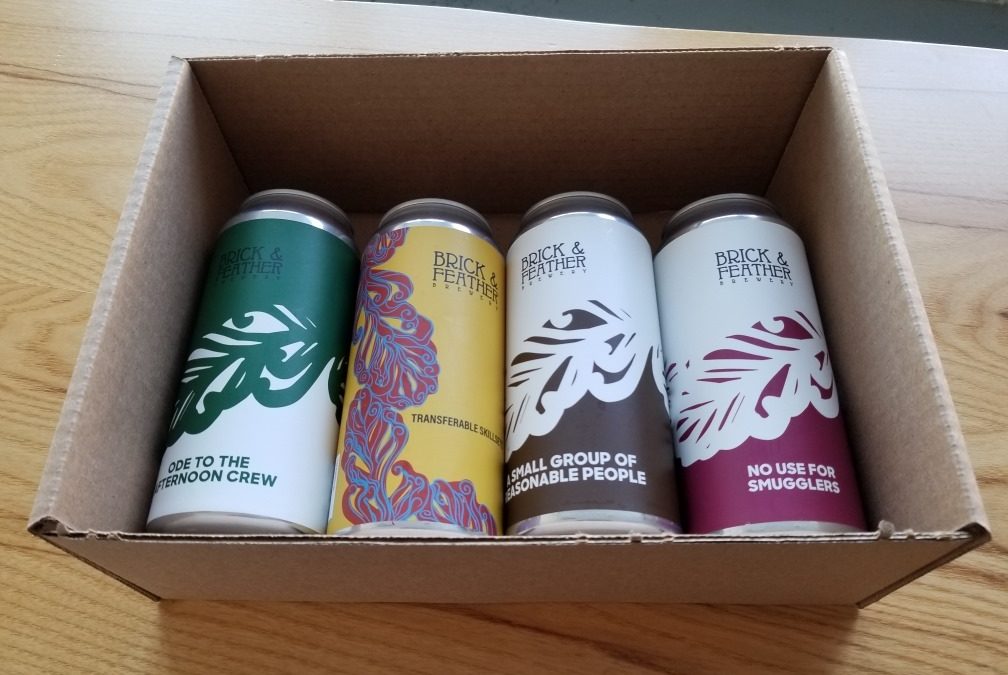 As municipal recycling programs and waste management companies struggle to keep up with discarded plastic and its growing expense, some Massachusetts breweries are finding creative ways to curb their use of environmentally pesky can carriers. Marketed as “100% recyclable” by their manufacturers (some even have the chasing arrows symbol on them), those flimsy six-pack rings and rigid can handles are anything but in reality. The Mass Department of Environmental Protection (MassDEP) RecycleSmart website tool says “cut up rings to protect wildlife and put them in your trash bin.” It doesn’t list rigid can carriers among its catalogue of items, but almost every curbside recycling processor we checked with said those weren’t recyclable either. Part of the problem is their shape. In the recycling industry they’re known as tanglers because they wrap around the machinery and gum up the works. And because they’re flat, they often get missorted and end up contaminating paper and cardboard processing. The popular black ones can’t be detected by scanners because of their color. Ultimately, most end up going to the landfill or incinerator.

Admittedly, plastic can carriers are affordable, functional, and convenient for retail sales, but their lack of sustainability makes many consumers and some brewery owners uneasy. As a result, breweries around the state are reducing their reliance on them, reusing them whenever possible, and looking for ways to eventually recycle them. “We’ve been reusing them from the get-go,” said Untold Brewing co-founder Kyle Hansen, whose taproom in Scituate has a bin for recycling can carriers but no place to send them when it’s full. “We have the same problem with our PakTech recycling program that everyone does – nowhere to actually recycle them.” Malden’s Idle Hands hasn’t been able to get its program off the ground either according to founder Chris Tkach. “Rumor has it that a few recycling processors in the state might be interested in taking them, but only in very large quantities” said Tkach. Unfortunately, few if any taprooms in Massachusetts are able to collect the kind of volume that processors are looking for to make it worth their while.