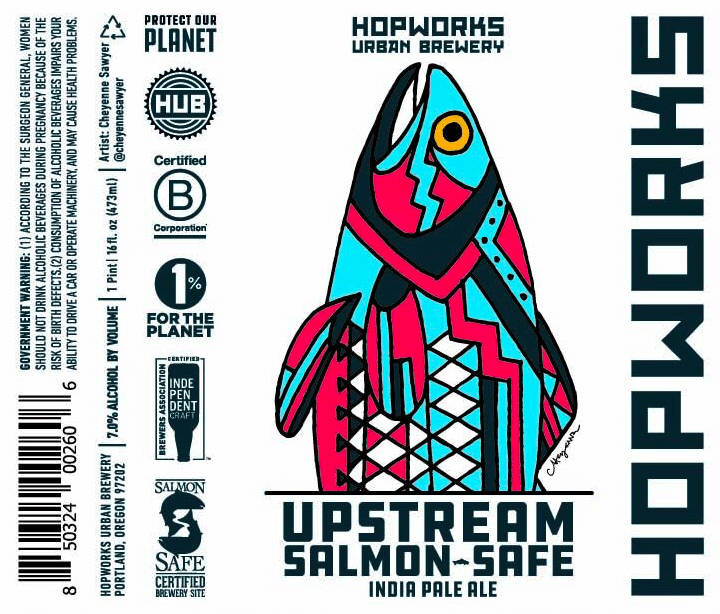 PR / PORTLAND, OR (January, 2021) — Hopworks Urban Brewery (HUB), the first B Corp brewery in the Pacific Northwest, has revealed its 2021 brand calendar of sustainable beer featuring a new year-round organic porter, a new line of Imperial IPAs inspired from its award-winning Ace of Spades, and the return of several fan favorites.

“We are so excited to release what I think is the best lineup of beers in our 13-year history,” said Christian Ettinger, Founder and Brewmaster at Hopworks. “As a brewery full of hopheads, our new formulations are so tasty that I can’t wait for all of our fans to try every single beer in 2021. From fruited sours to Imperial IPAs and organic lager to organic porter, we’ve got all the flavor profiles covered!”

Year-Round BeerAfter a massive brand refresh in 2020, Hopworks is introducing a new year-round organic honey porter, featuring artwork sure to create a buzz. The porter is brewed with organic honey from GloryBee in Eugene, Ore., and displays its Save The Bee program label, promoting funding for scientific research to enhance colony health and increase awareness of the role honey bees play in a healthy food supply.

New for 2021 as well, Hopworks will roll out an updated recipe for its Powell Cryo IPA, utilizing all cryo hops from Yakima Chief Hops and increasing the beer’s bitterness to 75 IBU, emphasizing the dank, tropical notes core to its genesis. Additionally, Hopworks has doubled down on Golden Hammer’s Munich-style Helles origins, packing in even more old-world hops to enhance its signature herbaceousness that perfectly balances a honey malt aroma.

Hoppy Series: Hopworks’ hoppy beer lane returns in 2021, kicking off in February with a brand new Dank IPA named Giggle Nuggets, followed by cult classics Pig War Hazy IPA and Evelyn Sunshine IPA. A twist on a big hit in 2020, Upstream Salmon-Safe IPA will be released as a fresh-hop beer before the year closes out with a re-release of Sunset Fuel Hazy IPA, named after the building where Hopworks’ Powell Mothership opened, and Critical Juncture, a fresh IPA release.

Fruited Sour Series: After a sour year of sour beers, Hopworks has created a new lineup of sours to complement its returning pumpkin ale, Great Gourds of Fire.

Founded in Portland, Oregon, in 2008 by Christian and Brandie Ettinger, Hopworks Urban Brewery creates world-class beer and food with sustainable business practices that protect the environment and support the community. Family-owned and operated, Hopworks sources thoughtfully, operates efficiently and minimizes waste to protect the planet. The company’s 20-barrel brewery produces 10,000 barrels of beer a year for Hopworks’ brewpubs and distribution throughout Cascadia. Hopworks is the first Certified B Corporation brewery in the Pacific Northwest.