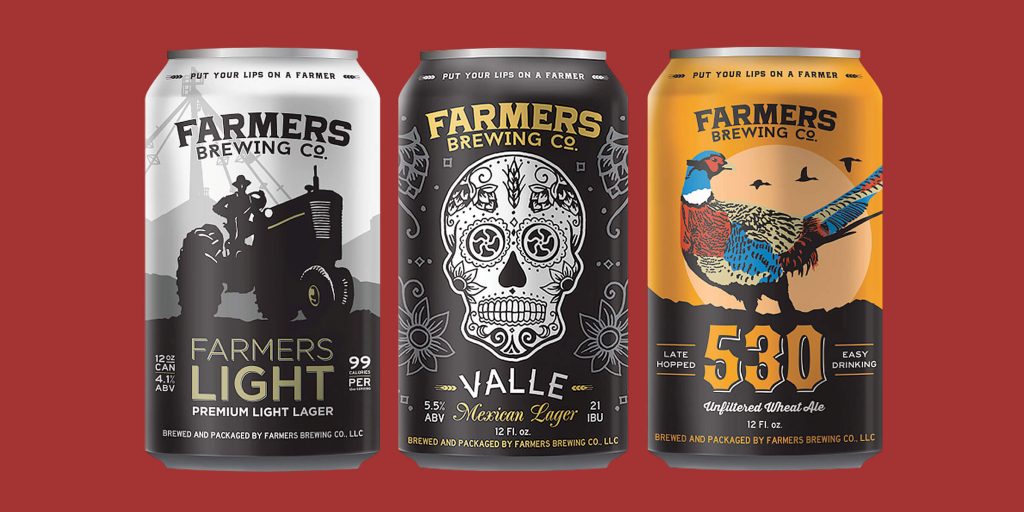 Brewed with estate grown ingredients from a fifth-generation family farm in the fertile Sacramento Valley, Farmers Brewing Co. will have its Farmers Light, 530, and Valle in cans.

“We planned to package and release cans for sale later in the year but made the decision to move our timeline up in order to keep employees working and product moving,” said Bill Weller, founder of Farmers Brewing Co.

Each beer is part of the year-round lineup and available in six-packs. Farmers Light will also be available in 12-packs at a later date.

In the early stages of being available in cans, Farmers Brewing Co. will use a mobile canning service and has future plans of installing its own canning line within the facility.

Farmers Light, a premium light lager at 4.1% ABV is sterile filtered at near-freezing temperatures for a crisp and refreshing flavor.

Hazy in appearance with subtle aromas of citrus and floral, 530 is an unfiltered wheat ale coming in at 5% ABV brewed with wheat grown just outside of the brewery’s doors.

Valle is a Mexican Lager with 5.5% ABV and is packed with flavor that pairs well with spicy foods.

“It was a great team effort to switch gears and quickly roll out cans after only beginning self-distribution one month earlier,” said Weller.

Founded in 2017 by a fifth-generation farmer, Farmers Brewing Company, LLC began brewing out of a garage in sprawling Princeton, CA with a population of 407. The true “Farm to Glass” brewery has expanded to a new facility and crafts lighter, lower alcohol, sessionable, and healthier beers in the Sacramento Valley of Northern California. Farmers Brewing prides itself on producing high-quality grains grown on its own farm to produce high-quality beers. For more information, visit www.farmersbrewing.com and follow Farmers Brewing Co. on Facebook and Instagram.