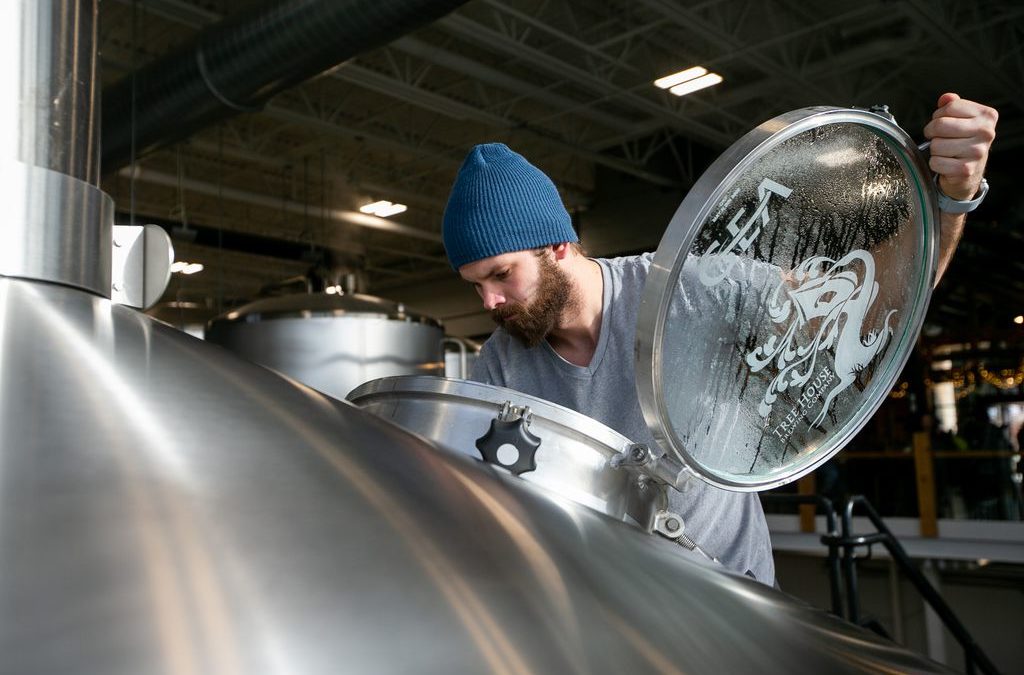 CHARLTON — It’s a weekday morning in the dead of winter, but a long line of eager beer lovers is already waiting for the rustic Tree House brewery to open. Soon after the customers are allowed inside, they reemerge wheeling hand trucks stacked with cases of the beer company’s latest concoctions: Super Sap, BBBrighttt w/ Citra, and Lights On.

This small-town brewery in central Massachusetts is the only place in the world that sells Tree House beer, elevating its appeal among craft beer aficionados to cult status and smashing success. The Tree House Brewing Co. says it has been doubling its production every year, brewing 1.5 million gallons of beer in 2018.

But Tree House has also been struggling with an unfortunate byproduct of the beer-making process: dirty water. Lots of it. So much that the brewer agreed, amid questions from Charlton’s sewer board, to clean the water emerging from its plant.

Now, the beer maker is turning to a Watertown tech firm for help in living up to its all-natural aesthetic. Cambrian Innovation plans to treat Tree House’s waste water on site, using a microbial system that promises to clean up the outflows while generating gas to heat the brewery.

Read the full story in the Boston Globe here.