Branding Brews Podcast: A Deep Dive Into the Troubling Use of Unsustainable Plastics in Craft Beer 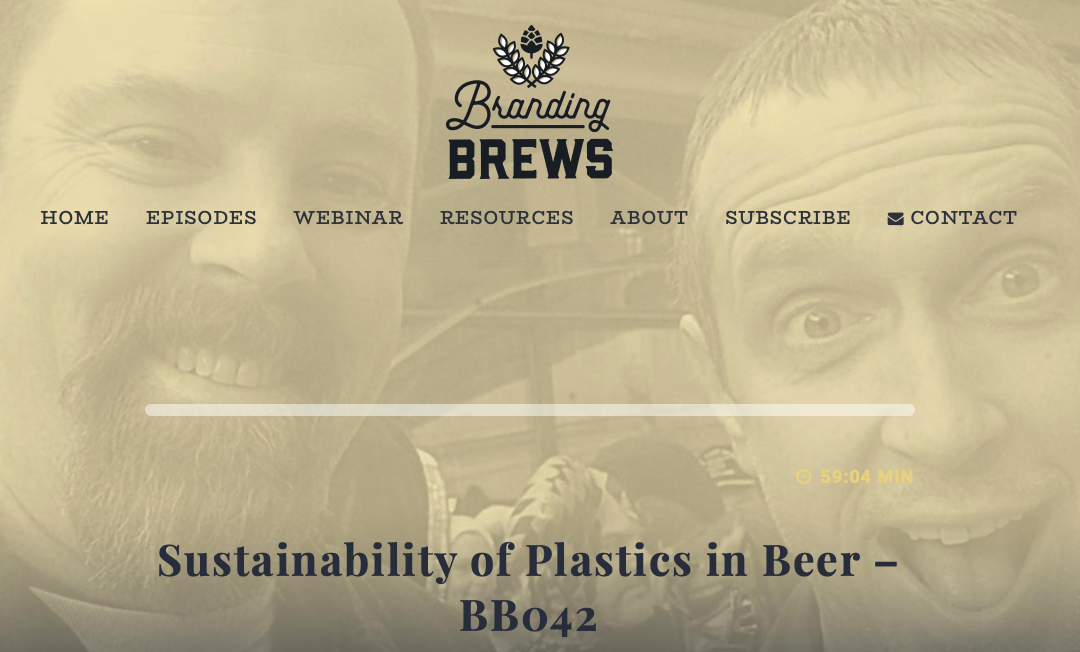 In late July of last year (2019) I had the opportunity to discuss the problematic nature of plastic as it relates to the craft beer industry. It was inspired by an in-depth piece I wrote for the Mass. Brew Bros. blog, How to Be An Eco-Friendly Craft Beer Drinker. Since then I’ve enrolled in the sustainability studies program at the Harvard Extension School and learned even more about the issue. Below is a description of what was covered in the podcast, as well as a link to it. There’s more to come on the issue of plastic packaging (can carriers, biergarten cups, etc.) and some better alternatives. Keep an eye out this summer for some additional in-depth discussion on the matter.

There are a many angles to sustainability as it relates to the beer industry and craft beer culture. While some breweries are aiming to be more eco-friendly, there’s also an important role that beer drinkers can play. Education on the consumer side can help elevate better practices, and also play part in the process. Take for instance the use of plastic.

We’re all familiar with those PakTech can carriers, but did you know they require special handling to actually be recycled, or more accurately down cycled? And that it’s quite rare for a town or city’s curbside recycling program to be able to process them, meaning they almost always end up in landfill, or even worse, in waterways?

Then there’s outdoor drinking from plastic and so-called “compostable” plastic cups. Consider the amount of single-use cups consumed and thrown away at beer festivals or events. Sometimes we get a false sense of sustainability because these cups are marked as “compostable” because they’re made from bioplastics, but it turns out that’s often a deceptive marketing tactic known as “greenwashing.”

Educating ourselves can help create demand for better sustainability measures within the craft beer industry, and also help our environment.

This episode’s guest, Rob Vandenabeele, aka the Eco-Friendly Beer Drinker, started his craft beer journey by promoting breweries in Massachusetts and connecting drinkers with good beer. He caught my attention on Twitter with some environmentally conscious posts about his concerns with the use of unsustainable plastic in the industry and among its consumers. Listen in as he drops some knowledge on the realities of plastics, compostables, the unfortunately limited role of recycling, and what we can do as drinkers to be more eco-friendly in our beer consumption. Cheers to sustainable beers.